Our rooms were cramped but I was with awesome people so, okay. The water was murky but the temperature was great and the waves were marvelous (apparently not big enough for the pros though). I tried surfing but, never mind that. Tasted the best bicol express on the face of the earth and brownies so moist and perfect you’d lose your mind (bless you Mhat!). No beer shortage. Solid trip through and through. Oh, and there was a river.

on the way back from the river

view from the hammock

where you goin, gerard? 🙂 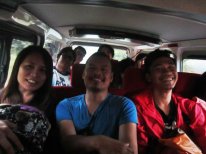 guess who’s the sober one 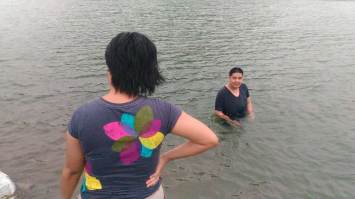 go for it, Don 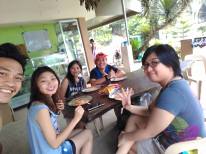 me with the bayaws. grabbed some grub on the way home

One thought on “no life like the #beachlife [picture gallery]”

Follow do you have stars in your mouth? on WordPress.com